one of the most beautiful places in St. Marienthal

The Station hill / Calvary is an outdoor Way of the Cross. In a series of 14 pictures, the suffering and death of Jesus Christ are depicted.

From the Stationhill you have the best view of the monastery complex with all its buildings. This elevation forms the south- western end of the valley of the Lusatian Neisse River, which leaves its narrow, rocky breakthrough valley here forming a sharp bend.

In 1728, Abbess Klara Mühlwenzel had a crucifixion group made of reddish sandstone erected on this elevation. Thevividly moving late-baroque figures of the Mother of God and the Apostle John stand with the Crucified in the centre on a low altar-like pedestal divided by the three figure pedestals. This crucifixion group forms the conclusion or the penultimate station of the Way of the Cross, whose other 13 stations lead up the hill diagonally opposite each other. Upright sandstone steles of baroque form bear the numbers of the stations and their painted depictions.

The Way of the Cross has a special significance in connection with a Cistercian monastery, as the Cistercians were always connected and devoted in a special way to the Redeemer suffering of Jesus. 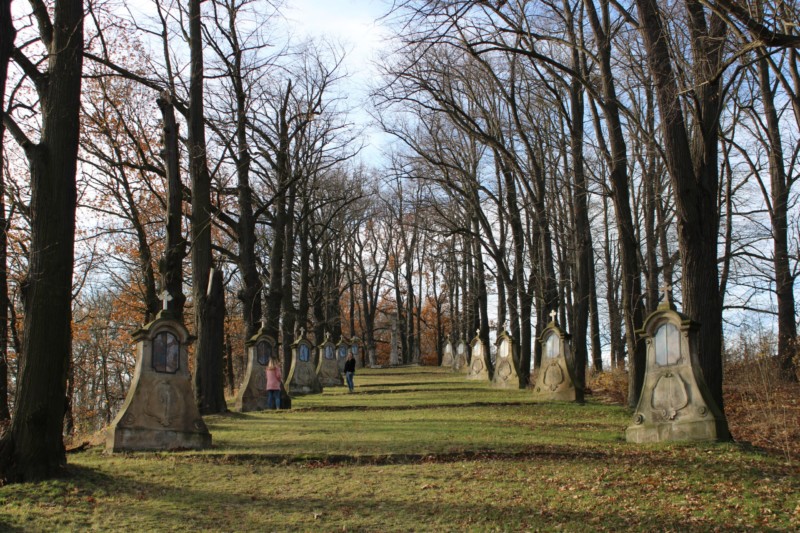 The following stations are available at a crossroads: